Bit by bit I am planting in the flower garden. It is surrounded on three sides by fuchsia so is the only part of the garden with any real protection from the wind, and even so …

Papaver Royal Wedding. Will die back and reappear in autumn. Perennial

PLANTED EARLIER IN THE YEAR: 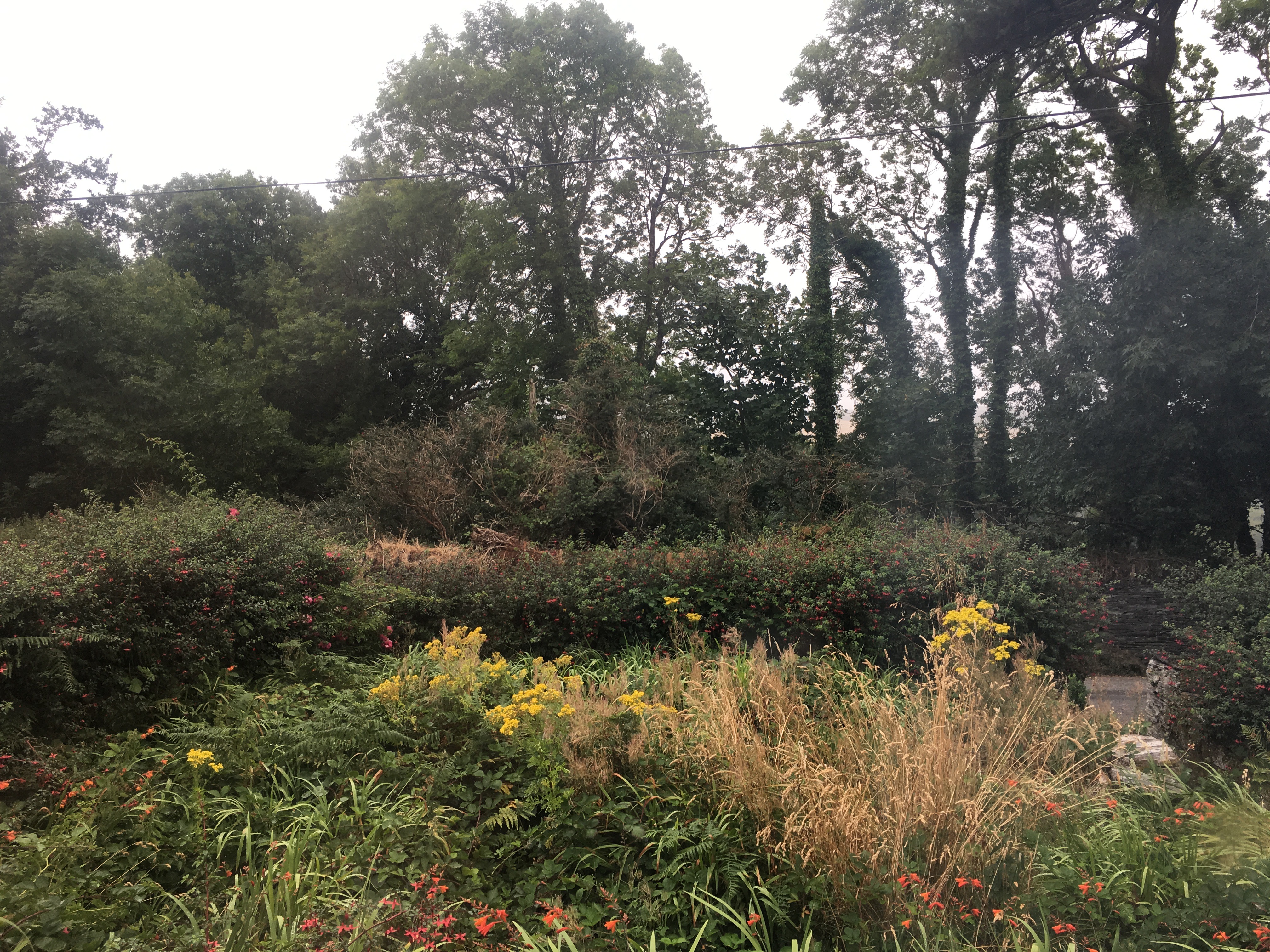 What is the appeal of gardening? The sheer satisfaction of creating something out of wild grass, furze and docks as I did last year. Being out in the open air, communing with robins, feeling the sun and wind on your face. The sheer physical effort of heaving brambles out of what you hope will be a flower garden. The anticipation.

A return to the child’s perspective, the world retracts to the microcosm, grubbing about in the soil and pulling up weeds; mossy smells, slightly acrid birds’ nests, rotting leaves and the heady, undefinable scent of rich, damp earth, almost like cake-mix. Bees, butterflies. Getting muddy, wearing dirty clothes; and never underestimate the fun you can have with a garden hose. The simple magic of watching things grow and just generally poking about.  The unexpectedness. Making places.

When I moved here all around the house was an undefined mass of grass and wild flowers. It had also suffered a kind of annihilation by the builders, the fuschia had obviously been chain-sawed at one time, I think weed-killer may have been used and nothing much was left except what had struggled back, wild and lovely but rough. A few vestiges remained – ravaged box, a climbing rose, a laurel. Beautiful in its way but not a garden. Part of me wanted to leave it as it was but I knew the part of me that likes to create order would emerge sooner or later. And so it did.

Gradually, defined places began to emerge almost by accident. There is a circular side garden surrounded by old stone walls and fuschia which must have once been a vegetable plot. It became an orchard almost by accident as it is simply the least windy part of the garden.  Apparently, the pollinating bees hate wind and so to encourage the bees fruit trees should be planted sheltered from wind. In this garden it is more-or-less impossible but this is the least windy bit. As I write this a cold spring wind is howling around the house.

I thought I was against lawns and had dug up the lawn in my London garden. For this garden I had a vision of a grassy glade surrounded by small trees and bushes – somewhere to sit and read and have picnics – called ironically at first the Dingly Dell but the name has stuck. I planted grass seed and left it long. However, it soon became clear that if you want to sit out, long, damp grass is not ideal so I bought a mower. Well, mowing turns out to be just the greatest fun and a really easy way to create a small area of pristine order in what is essentially a large, wild garden. The sharp contrast between the rough grass and wildflowers and mowed lawn is really pleasing. You can also mow paths through the wildflowers and I have also mowed paths around my fruit trees in the orchard.

Gradually then, distinct places formed around the house.  There is an area by the gate with strawberry trees, a myrtle and an eleagnus. They are given a bit of shelter from the wind by the stone wall. I have also built a semi-circular neolithic structure for my compost heap from the large stones I literally heaved out of the earth by hand.

There was one clearly-defined part, in front, which had once obviously been a little flower garden. When I was clearing and digging I kept finding old slates – which I kept to one side – and large roundish stones. I couldn’t work out what they were doing there until I tried to re-create the raised beds around the edge and I suddenly saw that the stones were used by the first gardener here to prop up the slates as borders to the beds. It was such an extraordinary moment – like communing with the dead.